Functions and device of the thyroid gland

Thyroid gland (thyroid gland) - a tiny endocrine organ weighing only about 25 grams and a butterfly shape, located in the neck area under the protrusion of the larynx (Adam's apple). In Latin it sounds like “glandula thyr (e) oidea”, so every time you meet the root “thyro” or “thyro” in the name of hormones, diseases, enzymes, etc. - we are always talking about thyroid.

During the embryonic stage of development, the thyroid gland is formed first and only then other endocrine glands. Some experts consider the thyroid hormone T3 to be the main hormone in the human body, and cortisol (produced by the adrenal glands) is number two. Others, on the contrary, take out cortisol in the first place, and T3 in the second. In any case, the significance of both is enormous, since they directly regulate the energy supply of all the cells in the body. 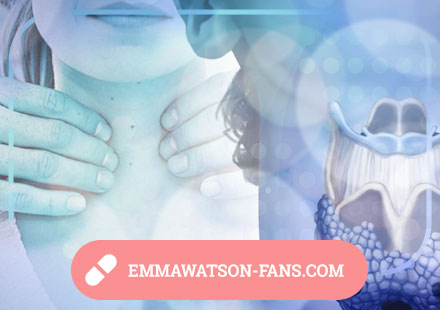 The thyroid gland is the main engine of metabolism (the process of turning food into energy). Since the arrival of food in the wild is extremely unstable and sometimes you have to starve for weeks or even months, vertebrates have learned to manipulate the metabolic rate (metabolism) in order to reduce energy consumption during the shortage of fuel (calories from food) or "raw materials" to complete work. By raw materials, I understand vitamins and minerals that do not carry energy, but are extremely important for the full functioning of the body and the pathological deficiency of which will lead to serious disruptions. Normal metabolic rate = the cells get full energy supply, the organs are maximally functional, you feel a lot of strength and energy, optimal body temperature, calories \ vitamins \ minerals consumption is also “decent”. Slow metabolism = minimal calorie consumption \ vitamins \ minerals, but, alas, the cells start to receive less energy, the functionality of ALL organs and systems decreases (because they are made up of cells), you feel tired, your brain is as if in a fog, various glands are underproduced your hormones, gastrointestinal work worsens, etc. Slowing down the metabolism, the body goes into the "economy mode". Yes, a person feels like a vegetable, but such a strategy allows you to survive during the long absence of food. The rate of metabolism is manipulated by the thyroid gland with the help of T3 hormones and reverse T3. In the modern world, people often face slow metabolism (hypothyroidism) due to various problems with the gastrointestinal tract and malnutrition, and not from a lack of food.

A healthy thyroid gland produces about 100 μg of the hormone T4 per day (adding 4 iodine atoms to the amino acid tyrosine molecule), as well as about 9 μg T3 + some amounts of T2, T1 and calcitonin. “T” means tyrosine, and the number after it is the number of iodine atoms.

T4 is involved in the regulation of heart rhythm, is needed for optimal functioning of the brain, immune system and hair. But the main biological function of T4 is that it is a prohormone (a precursor and a “storage method”) for a significantly more active hormone T3, which speeds up metabolism, increases oxygen uptake by cells, gives energy to all organs and tissues, increases temperature, accelerates protein synthesis and so on. T4 is sometimes compared with a can of soup: it is convenient to transport, but it is impossible to use it until you open it.

T4 is converted to T3 locally (60% in the liver + 20% in the intestine + 20% in other peripheral tissues) due to the de-iodine process, i.e. detaching one particular iodine atom. Deiodination occurs due to the system of enzymes - deiodinases D1, D2 and D3. The end of "ase" in the name of a substance usually means that it is an enzyme. Deiodinases D1 and D2 convert T4 to T3, and deiodinase D3 converts T4 to the so-called “reverse T3” - an inactive hormone that competes for receptors from T3 and thus prevents T3 from entering the cell.

The reverse or reverse T3 is a mirror T3 molecule (T3, but with a different arrangement of iodine atoms, since in the process of T4 deiodination in T3, the “not that” iodine atom was disconnected with the help of the enzyme D3). This molecular similarity allows reverse T3 to connect to cell receptors and temporarily block them, preventing T3 from doing its work of activating energy consumption in the cell. Reverse T3 is often compared to an incorrectly turned copy of a key that is able to penetrate deeply into the lock (blocking it), but does not open it. In healthy conditions, the body uses reverse T3 in situations where, for some reason, it needs to slow down its metabolism. Some animal species, such as bears, use reverse T3 to slow their metabolism to a minimum during hibernation. Having a certain amount of reverse T3 (less than 10% of free T3) is an absolutely normal situation for a healthy person. Problems begin only when reverse T3 begins to grow for some reason (low iron, low cortisol, low iodine, latent inflammation, low B12, etc.), thereby slowing down the metabolism, i.e. creating you hypothyroidism.

Since reverse T3 is a mirror T3 molecule, the standard test for free T3 does not distinguish between them, and in fact, looking at the level of “free T3” you see “T3 + reverse T3”. This is the number one reason why the T3 analysis (free or total) is not informative and can easily confuse you, because it does not show exactly how much T3 is there, and how much is not the reverse T3. All of the above is my case. My free T3 at the time of first delivery was in the top 10% of the reference range, as a result of which I was mistakenly diagnosed with a “healthy thyroid” 3 different endocrinologists, despite the fact that I had all the standard symptoms of hypothyroidism + pathologically lowered temperature + pathologically low cortisol + obviously high TSH 5.2. But, of course, no one asked me about the symptoms and did not measure the temperature, because as I already wrote, 99% of the endocrinologists of the planet are lazy brainless idiots. The misunderstanding of these nuances of diagnosis is the cause of the so-called “subclinical hypothyroidism,” a term that mediocre endocrinologists use to refer to situations of high TSH, but “normal T3,” and, accordingly, not requiring treatment. Of course, there is no subclinical hypothyroidism, if the TSH is more than 2, then you have hypothyroidism, and free T3 can be any high and beautiful (it only reflects T3 + reverse T3). The term “subclinical” literally translates from Latin as “I am a moron,” so if your endocrinologist speaks of subclinical hypothyroidism, you should understand that you are a moron. And act accordingly, i.e. look for a developing doctor.

The ratio of T3 and reverse T3 is the best marker in the diagnosis of hypothyroidism among all blood tests. As far as I know, nowhere in Russia is currently testing the reverse T3. 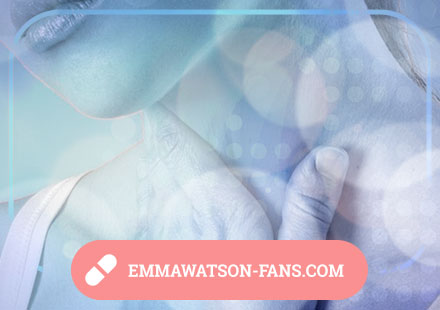 There are two cycles of thyroid hormone activity, which are regulated by the feedback mechanism. The first includes the metabolism of the hypothalamus and pituitary gland and is regulated by the thyretropic hormone (TSH), the second includes the metabolism of the rest of the body and is regulated, probably, by means of signals that have not yet been studied. When the amount of T3 in the pituitary cells falls, it signals the thyroid gland to “produce more T4,” increasing the production of thyroid-stimulating hormone. And vice versa - if the level of T3 in the pituitary cells exceeds the "optimal", then it signals the thyroid to produce less T4, reducing the production of TSH. The pituitary gland controls the work of the remaining glands, but if you look at embryology, the thyroid gland is the first to form. For the pituitary cells to function properly and efficiently (just like any other body cells), thyroid hormones are needed. If the pituitary gland is left without a healthy level of T3 and its functionality falls, it will affect the work of all the other glands and the consequences will be catastrophic, because hormones control most body processes. One of the reasons why TSH is a terrible diagnostic tool is that its main function is to provide adequate energy to the pituitary gland, and not to the whole body!

Local control of cellular levels of T3 and T4 is carried out by three different types of enzymes, deiodinases, located in different tissues. Deiodinase of the first type (D1) as well as the second type (D2) converts T4 to T3 (speeding up metabolism) and deiodinase of the third type (D3) converts T4 to reverse T3 (slowing down the metabolism). The activity of each type of deiodinase changes in response to various physiological states (latent inflammation, iron deficiency, physiological or emotional stress, depression, toxicity, insulin resistance, leptin resistance, etc.), thus changing the intracellular activity of T3 and T4. It is the activity of deiodinases and T3, T4 transport inside the cell that determine the cellular and tissue level of thyroid hormones, and not their concentration in the bloodstream! Therefore, the level of hormones in the blood poorly predicts the level of hormones in the cell under various physiological listed conditions.

Deiodinase D1 converts T4 to T3 throughout the body, but in the pituitary tissues, this conversion is carried out mainly at the expense of D2, which is 1000 times more effective than D1. It is the activity of D1, not D2, that is suppressed in response to various physiological conditions, which leads to a reduced intracellular level of T3 in all tissues except the pituitary gland. In addition, in women, D1 activity is lower, which makes them more prone to cellular hypothyroidism, despite normal levels of TSH.

D3 activity increases with various physiological disruptions, increasing the conversion of T4 to reverse T3, even a slight increase of which leads to deep hypothyroidism. But since the pituitary gland is the only tissue in the body that does not contain the enzyme D3, such cellular hypothyroidism does not affect the level of TSH! However, it will be reflected in lowered sublingual temperature and the appearance of hypo symptoms. Treatment with T4 monotherapy can reduce TSH to normal (to 1), because in the pituitary tissues, T4 is very effectively converted into T3 and suppresses TSH, however, due to excessive conversion of T4 into reverse T3 throughout the rest of the body, a person can remain with severe hypothyroidism.

The functionality of the thyroid transporters also decreases with the listed physiological failures, leading to a reduced intracellular content of T3. In the case of low iron / zinc / cortisol, the functionality of cell receptors for thyroid hormones decreases, which again leads to hypothyroidism, regardless of the levels of hormones in the bloodstream.

For the complete conversion of T4 to T3, the well-being of iron, iodine, B12, vitamin A, vitamin D, magnesium, selenium, zinc and cortisol is also needed.

As can be seen from here, the presence of adequate levels of T4 and T3 in the bloodstream is only 50% of success for the treatment of hypothyroidism, and not 100%, as many non-developing endocrinologists think. The remaining 50%: an adequate level of free (!) Cortisol, micronutrient abundance, lack of inflammation, toxicity, etc.